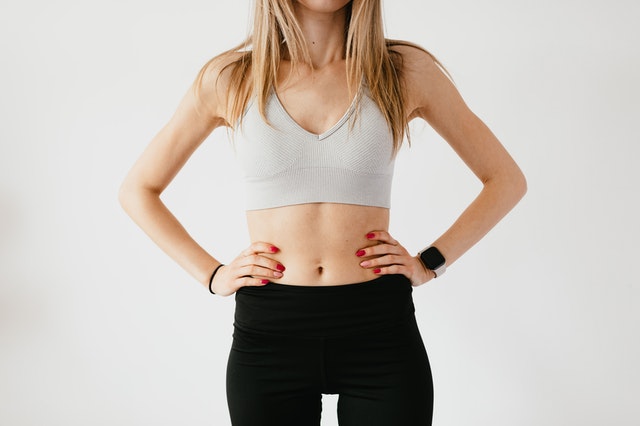 You wake up one morning, and you head for the scales. You feel your belly bulge, yet you feel you are dreaming.

You have been careful during the summer, and lost a few good pounds.

You're proud of yourself. All that discipline has paid off. You feel like a true goddess.

You've had your birthday, and all went well. You only had a few bits of cake, but you survived. Anyway, the calories wasn't that much, you justify yourself.

But now, a week later, you walk to the bathroom. A foggy mist has descended onto you. You feel heavier that usual. You feel bloated.

You tread on the scales, expecting a favourable number. You look down in anticipation. In wander, hopefully in awe.

What you see instead horrifies you.

All those months of dieting, discipline and hard work vanish, as if the last few months have been a dream.

You cannot believe it. What the hell happened.

You had this. Or so you thought…

Truth be told, you got sloppy. That's what happened.

Here's the thing; once we are overweight, we usually want to trim down for a whole lot of reasons.

Some related to health, others having to do with looks.

But the horrible fact of the matter is, it is a whole lot easier to prevent putting on pounds than to try losing them later on. And guess what, if there is one thing we all know, it is that weight gain is likely to happen if we do not take forward-looking steps to stop it.

Health experts say that most people who are into losing weight usually stray (you are not an exception). They tend to go back to their old eating habits even after they learn to enjoy low-fat eating.

They even tend to return to sedentary ways even though they enjoy exercising.

But despite the momentum toward weight gain, you can stop it from happening. And there are plenty of good reasons to avoid excess pounds, reasons that go beyond vanity or social acceptance.

In truth, the nuts and bolts of eating right maintaining a healthy weight is not all that complicated.

In fact, there is a good chance that most people know pretty well what is best. Hence, losing weight the natural way should not be a problem at all.

Consequently, a reasonable approach for losing weight naturally is to stick to a diet that is high in complex carbohydrates, high in fibre, moderate in protein, and (of course) low in fat.

You get the point.

For what it is worth, it can also help you lose weight naturally if you will not fall into the so-called “fat-free” trap.

Manufacturers keep coming out with low-fat or fat-free versions of their best-selling foods, but Americans keep getting fatter anyway.

Coincidence? I don't think so.

One of the greatest delusions of the 1990s is that “no fat” means “non-fattening.”

You are often getting just as many calories from the no-fat version, even if the calories are not coming from fat.

The term, ‘fat-free' can be a trap if you start to believe that you can eat any amount of the foods that are advertised that way.

What’s more, it is best to respond to hunger with healthful snacks. Some say it would be better to try eating every three to four hours, which may mean a nutritious low-fat snack between lunch and dinner.

When you feel the insatiable urge for food coming on, snacking on something healthy such as a slice of whole-grain toasted bread, or some small fruit, is a better alternative.

Never skip a meal and eat snacks instead, because tempting though that may be, that is the worst thing you can do if you are trying to control your eating habits and weight.

Remember, if you want to lose weight naturally, you have to keep track of every food you eat and of every activity that you do.

Losing weight naturally is a process and not a fad. Hence, it would take a lot of dogged determination, self-control, and discipline just to achieve your ideal weight.

But keep going. You've got this. You always had 😉

Next, you will discover the “Mysterious Metabolic Malfunction” that's been holding you back from achieving the body and lifestyle you’ve always wanted! Click here to continue

Hi, I’m Julian. And welcome to my blog. This is all about dieting and weight loss, with a good dose of psychology for good measure. Please feel free to browse these articles, which will help you with your programe.

Of course, always shoot me an email if you have any questions. I’m always glad to help. 😉